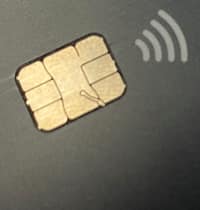 What is the Chip?

The way the chip works is that it creates a unique transaction code every time it is inserted into a credit card reader, while the magnetic strip that we have always used simply contains static data that can easily be copied. As a result, it is nearly impossible to counterfeit cards that use a chip. Now of course there is a lot of expense to this new technology. The credit card companies have been sending out new cards to all their customers, and these cards cost a lot more to produce than the old magnetic strip cards did. For merchants the major expense will be in purchasing new card readers and training employees in how to use them.

Now if you are wondering just how serious credit card fraud is, in 2012 there were worldwide losses of $11.3 billion, with nearly half of that coming from the US. That year in the US the banks lost $3.4 billion to fraud, while merchants lost another $1.9 billion. The United States is the only country in the world where credit card fraud is growing each year. So while these chips might be adding more expense to businesses, if it can reduce these losses then it would be well worth the investment.

If you are wondering if these chips really work, all you need to do is look at the data. These chips have been in use since 1992 and are used in 80 countries. Canada adopted the chips in 2008. In 2009 they reported CAD$142 million in fraud, but by 2013 that number had dropped to only CAD$29.5 million. The same effect was experienced in England where losses have decreased by 67% since chips were rolled out in 2004.

Of course there is also an added benefit to consumers when they use the chip. Because it is tougher to create counterfeit cards, it is also harder to fall victim to identity theft. So consumers can shop with more confidence, as they no longer need to worry about data breaches, such as the one that happened at Target in 2013. While the Target breach got a lot of publicity, and several other big box stores got publicity as well with their breaches, the fact is there have many more breaches at smaller stores that don't warrant the publicity of a big box store, but overall they have a much greater impact than just one big box store does. Of course consumers only get this protection if they are shopping at stores that are able to accept chip technology. This of course gives merchants one more reason to want to upgrade their credit card readers, their customers will probably feel safer shopping in their store if they offer this new technology. So the next time you go shopping, it may take longer to check out with these new chips, but the added security should be well worth the hassle.

Stay on top of business news by following DSA Factor's Factoring 101 Blog, and if you have any questions about accounts receivable factoring, give us a call at 773-248-9000.

Designing Outdoor Spaces
Where does your kid sleep?