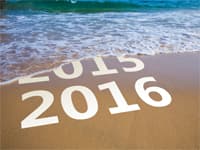 So Long 2015 - A Great Year for the Furniture Industry

The furniture industry had a wonderful year in 2015, topping $100 billion in sales for the first time since 2007. According to Furniture Today, furniture sales for the year are estimated at $102 billion, a 3.9% increase over 2014, and even higher than 2007's $100.8 billion. Furniture sales have been rising fairly consistently since 2009 when they reached a low point of only $83.2 billion, and there is no reason to believe that this trend won't continue. Furniture Today is predicting that sales will continue to rise over the next 5 years and will reach $122 billion in 2020. The categories that experienced the highest increase in sales this year where rugs with a 4.8% increase over last year, followed by bedding with a 4.5% increase, and casual furniture with a 4.4% increase.

With continued growth expected over the next 5 years, its important that you are able to handle increasing sales volumes. Let DSA Factors help you by factoring your accounts receivable. We can provide you with the cash flow you need while also handling your collection work and offering you insurance on your receivables. Give us a call at 773-248-9000 and make 2016 your best year yet!

Outdoor Furniture Market Projected to Finish the Year Up 4.5%
Color is Most Important Factor in Choosing Outdoor Fabrics