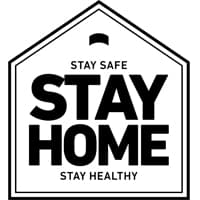 Today Georgia is starting to open up again and their residents can once again go bowling. Georgia was one of the last states to enact stay-at-home orders on April 3rd, and after 3 weeks those orders will be coming to an end. Regardless of the health implications involved in this decision making process, does doing this even make sense from an economic perspective? In analyzing our data, DSA Factors has determined that the enactment of local stay-at-home orders has very little effect on local economies. Rather it is what the nation is doing as whole that has a direct impact on local economies.

The third week of March was the first time that statewide stay-at-home orders were issued, with orders being issued only in California, Illinois, and New Jersey. While some counties and municipalities may have enacted similar orders earlier, most notably the Bay area, these were the first 3 states to take wide sweeping actions to combat the coronavirus. The following week 23 more states would follow suit, including hard hit states such as New York, Louisiana, and Michigan. The first week of April we saw 14 more states and Washington DC enact orders. It wasn’t until the second week of April that Missouri and South Carolina became the last two states to enact stay-at-home orders. However, there are still 8 states that have resisted enacting orders, Arkansas, Iowa, Nebraska, North Dakota, Oklahoma, South Dakota, Utah, and Wyoming.

While it is clear that the states all reacted at different times to the coronavirus pandemic, the economy did not. While the stock market started crashing earlier, during the third week of March it was still business as usual for most small businesses around the country. In fact, our data shows that sales were actually slightly above average in California, Illinois, and New Jersey, the three states that enacted stay-at-home orders that week.

The first week of April saw even stranger things happen, sales actually improved slightly in the states that had previously enacted stay-at-home orders, but in the states that enacted orders that week or were still open for business, sales fell to 20% of their normal levels.

Over the next two weeks these very same trends continued. The states that locked down first continued to see improved sales, even getting within 75% of what would be considered normal. But the states that were late to enact orders or held out on enacting orders saw sales plummet to below 10% of normal levels.

Now our data isn’t perfect, it is based on invoices purchased by state according to the invoice date. DSA primarily works with wholesalers and retailers, although we also do quite a bit with the hospitality industry. Certainly states that acted early are seeing higher volumes since companies such as Amazon, Target, and Costco are based out of these states. However, Walmart is based out of Arkansas which is one of the states that has held out on enacting stay-at-home orders, and Florida and Texas are both major economies that waited a long time before enacting orders. While we do have quite a few clients who sell food products, they mostly sell snack foods and candy, they do not sell the produce, meat, or dairy products that have been flying off of shelves. Interestingly, we have actually seen normal sales volume to Amazon and Target, but declining sales volume to Walmart. However, despite these issues, there is no doubt that the economy collapsed in many states long before they enacted stay-at-home orders. It is also important to note that the economies of California, Illinois, and New Jersey are doing much better than most other states, and none of these states are home to the corporations that have been thriving during the pandemic.

Regardless of how dangerous it may be for Georgia and other states to reopen from an epidemiological perspective, it is clear that the reason behind them doing this is to help revive a dead economy. Unfortunately, based on our data it appears that their plan isn’t going to work. It is doubtful that many people would be willing to get haircuts, eat at restaurants, or go bowling, and even more doubtful that they would be willing to sit in a movie theater for two hours with strangers sitting next to them. Plus schools have already been closed for the remainder of the school year in Georgia and the other states considering a reopening, making it nearly impossible for parents to return to work. The economy had already collapsed long before stay-at-home orders got enacted in these states, and now that millions of people have lost their jobs and many more have taken pay cuts, it is highly unlikely that they are going to want to go out and spend money at the expense of their own health and the health of their family, not to mention that it is unlikely that many employees will want to return to work at the risk of getting sick.

Sadly, it looks like the states that are hoping to revive their economies aren’t just ignoring public health. Our data paints a very clear picture that the existence of a local stay-at-home order has no direct correlation with the local economy. If anything, it proves that the states that acted early and most aggressively to contain the coronavirus, are the states that have maintained the strongest economies throughout the pandemic.