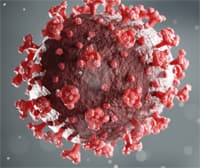 As the nation and hospitals brace for what is expected to the peak of the coronavirus pandemic in the coming weeks, small businesses are getting hit harder and harder. The CARES act and the Paycheck Protection Program (PPP) while helpful, come nowhere close to meeting the needs of small businesses, many of which have already been closed for several weeks. While the data from two weeks ago looked dismal, last weeks data is looking even worse. Last week we examined purchase orders which have declined even more this week. We will also expand our analysis to include sales for wholesalers, and small business cash flow.

The next data point is sales, which is based on how much volume our clients are factoring with us. This data doesn’t react quite as quickly to business conditions as it may take several days to fulfill a small purchase order, or several months to fulfill a large purchase order. However, for small retailers, generally they place an order, and if the merchandise is in stock it ships out very quickly and we usually purchase the invoice within a week. This data is a bit tricky to analyze as one or two large orders can greatly skew how much we factor in any given week. As a result, our weekly sales volume can vary by quite bit each week depending on when major orders ship. In general, any given week usually fluctuates within 80-120% of the average week.

Looking at our data, we don’t really see anything unusual happening in sales until the week beginning March 22nd. In fact the weeks beginning March 8th and March 15th were both very busy weeks. The week beginning March 22nd we saw sales to 74% of average, and while it was at the time our slowest week of the year, it was only off by a few percentage points from some of our slower weeks. We really see the impact of the coronavirus pandemic in last week’s data (the week beginning March 29th) where sales dropped to 43% of average. To give some perspective to how slow last week was, in the last year, only the weeks of Christmas and Thanksgiving had lower sales. In general March is normally one of our busiest months and we typically have 5-25% more sales in March than we do throughout the rest of the year.

The other data to look at is how long it is taking businesses to pay their invoices as this is a good measure of their cash flow. While the credit approval requests and sales give us a real time snapshot of the current business environment, payment data is slightly delayed. In general, businesses are given 30 days to pay their invoices, meaning that invoice from mid-March when many businesses were forced to shut down won’t be due for another week still. However, invoices from the second half February and the beginning of March would have become due while businesses were shut down, and we are starting to see the impact of the shutdown on business’s ability to pay.

Comparing April 1st to March 1st (normally this data is collected on a monthly basis) we saw payments slowing down slightly, but the numbers certainly weren’t cause for alarm. The number of past due invoices only grew by about 5%, while the dollar value of past due invoices only increased by maybe 2.5%. While these numbers do appear to be outside the normal fluctuations we see from month to month, neither of them is all that alarming.

Keep in mind that the data from these reports, while encompassing virtually all industries, is mostly based on retail sector which makes up the majority of our business. DSA Factors will continue to monitor these trends and provide weekly updates on the state of small business in America.